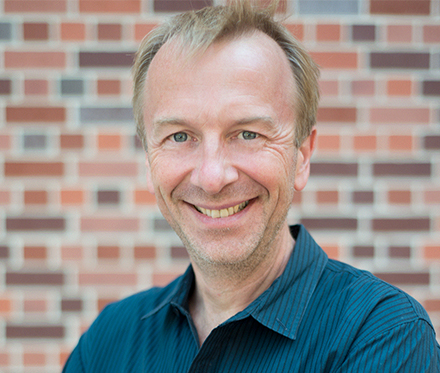 Peter Kuhn, PhD, is Founder and Chief Scientific Advisor at Epic Sciences. He is the principal architect of the Epic Sciences platform and has invested his career into the research, development, and the clinical utility of the liquid biopsy. His vision of translating innovation in research to meaningful products for patient care is driving his everyday efforts.

Dr. Kuhn is the Dean’s Professor of Biological Sciences, Professor of Medicine, Aerospace & Mechanical Engineering, and Biomedical Engineering at the University of Southern California. He also serves as the Director of the USC Michelson Convergent Science Institute in Cancer (CSI-Cancer) and the deputy director of the Convergent Science – Virtual Cancer Center. He holds a chair as Honorary Professor of Cancer Science at the University of Manchester in the United Kingdom.

Previously, Dr. Kuhn held faculty appointments at The Scripps Research Institute and at Stanford University. While at Stanford, Dr. Kuhn established the structural genomics research enterprise and focused his research on technology developments in structural biology that were utilized by breakthrough research such as Dr. Roger Kornberg’s (Nobel prize 2006) structure determination of the RNA Polymerase. Dr. Kuhn joined Scripps and advanced technologies that led to the structure determination of the human b2AR GPCR with collaborators including Dr. Brian Kobilka (Nobel prize 2012).

Dr. Kuhn is a physicist who trained initially at the Julius Maximilians Universität Würzburg, Germany, before receiving his Masters in Physics at the University of Albany, Albany, NY in 1993 including research with Drs. Michael Radermacher and Joachim Frank (Nobel prize 2017) in electron microscopy and his Ph.D. in 1995 with Dr. Patrick VanRoey in X-ray crystallography. He then moved to Stanford University where he joined the faculties of Medicine and Accelerator Physics as tenure track Assistant Professor. From 2002 to 2014 he established the Physics Oncology program at The Scripps Research in La Jolla, CA as tenured Associate Professor before joining USC in 2014. His research and inventions have resulted in over 300 peer-reviewed publications, which have been cited over twenty-thousand times.